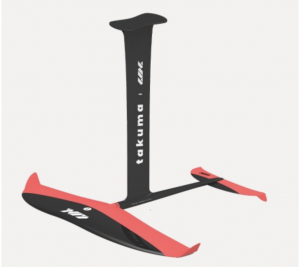 This hydrofoil is the ultimate, the most versatile, high performance maneuverable foil on the market.

The smaller wing gives unmatched maneuverability with extreme turning performance. Hence, the stabilizer differs from the LB 1600 and LB 1900 setups.

It is the ultimate option for surf foiling. Its amazing in both waves and SUP foiling.

Designed for speed, this foil is surprisingly stable.

It`s greatest innovation is provided by the revolutionary winglets that allow the wings to be more efficient at creating more lift while minimising drag.